BOISE, Idaho, Nov. 14 (UPI) — The FBI will assist in the investigation of the shooting death of an Idaho rancher during a confrontation with sheriff’s deputies after one of his bulls was hit by a car, the U.S. Attorney’s Office said.

U.S. Attorney Wendy J. Olson said Friday the Federal Bureau of Investigation would work alongside Idaho State Police to determine why Jack Yantis was shot and killed on Nov. 1 and look into possible violations of the Fourth Amendment which protects against unreasonable search and seizure.

Yantis, 62, was killed by Adams County deputies after he was called to the scene of a crash that involved his bull. Deputies were planning to shoot the injured bull, but fired on Yantis, who was armed.

The injured bull, named Keiford, was charging at people at the crash scene. As deputies fired on the bull, Yantis took aim at the animal’s head with his own rifle. Witnesses said deputies grabbed him and his rifle discharged, possibly accidentally. Two deputies fired on Yantis. Yantis’s wife Donna had a heart attack at the scene. She is recovering at a local hospital.

In a rural areas, collisions between livestock and vehicles are not uncommon and owners are often called to put down the injured animals.

“Law enforcement should be trained to de-escalate situations,” said Rowdy Paradis, Yantis’s nephew who witnessed the incident. “In this case, I stood 10 feet away and watched two deputies escalate the situation and needlessly kill a man.”

Residents of the town of Council have been outraged by Yantis’s death, many saying he was practicing his constitutional rights to open carry and he was not a threat. Saturday, family and friends are expected to hold a “peaceful protest” to encourage law enforcement to perform a thorough investigation. Organizers told protesters to leave their guns and weapons at home.

“This needs to be a peaceful protest, but everyone needs to understand Jack’s murder is not getting swept under the rug like so many things in Council have in the past,” a group called Justice for Jack Yantis said on its Facebook page. “We are doing this to support the Yantis family, let’s make sure to keep that as the number one focus.” 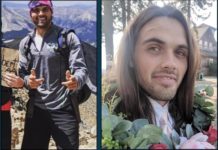 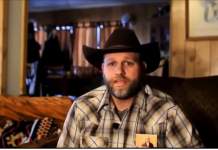