Gilead, which sells remdesivir under the brand name Veklury, issued a statement saying it was the first drug to be approved to treat COVID-19 patients that require hospitalization after previously being authorized by the FDA for emergency use.

“As an antiviral drug, Veklury works to stop replication of SARS-CoV-2, the virus that causes COVID-19,” the company said.

Veklury was approved for treatment of adults and pediatric patients aged 12 or older and weighing at least 88 pounds and “should only be administered in a hospital or in a healthcare setting capable of providing acute care comparable to inpatient hospital care,” Gilead said.

The company added that the approval was based on three randomized controlled trials including final results of a double-blind, placebo-controlled trial by the National Institute of Allergy and Infectious Diseases which showed treatment with Velkury resulted in “clinically meaningful improvements across multiple outcome assessments” compared with patients who received the placebo.

President Donald Trump was given multiple doses of remdesivir after he was hospitalized with COVID-19 earlier this month.

A study by the World Health Organization last week found that remdesivir along with hydroxychloroquine, lopinavir and interferon regimens “appeared to have little or no effect on hospitalized COVID-19, as indicated by overall mortality, initiation of ventilation and duration of hospital stay.” 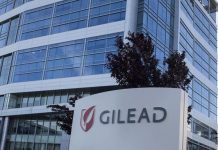 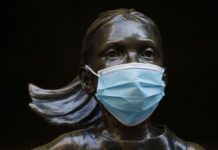 FDA might grant emergency approval of remdesivir for COVID-19