July 18 (UPI) — The U.S. Food and Drug Administration reissued an emergency use authorization to Quest Diagnostics to use its COVID-19 tests with up to four pooled samples Saturday.

According to the FDA, the Quest test is the first COVID-19 test to be authorized for use with pooled samples.

Sample pooling allows multiple people to be tested in a pool or “batch” using one test, rather than running each individual sample through its own test.

If the batch tests positive, that means one or more individuals in the pool has tested positive, so each sample is tested again individually.

According to FDA, sample pooling is most efficient in areas with low prevalence, meaning most results are expected to be negative.

Pooling in the laboratory dilutes viral material present in the samples, which has led to concern that this method of testing makes it more difficult to detect positives. But according to the FDA, Quest’s validation data showed that its test correctly identified all the pooled samples that contained a positive sample.

Both Anthony Fauci, the director of the National Institute of Allergy and Infectious Diseases, and Dr. Deborah Birx, the White House coronavirus response coordinator, have spoken in favor of adopting pool testing.

Sample pooling helps “get a feel for the penetrance of infection in a community, rather than testing multiple each individual person, which takes resources and time,” Fauci said in June.

“If you look around the globe, the way people are doing a million tests or 10 million tests is they’re doing pooling,” Birx said at an online conference of the American Society for Microbiology last month. “Pooling would give us the capacity to go from a half a million tests a day to potentially 5 million individuals tested per day by those poolings.” 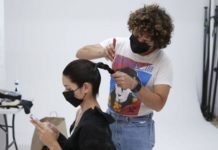 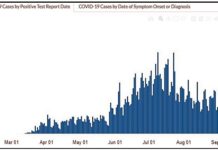