SILVER SPRING, Md., Sept. 8 (UPI) — The U.S. Food and Drug Administration issued a warning today that there are no proven methods of screening for ovarian cancer, stressing caution to both patients and doctors about making treatment decisions based on any test for the disease.

The FDA warning comes as the company Abcodia, maker of the Risk of Ovarian Cancer Algorithm, or RICA, ovarian cancer screen, announced in a press release it would be making its test available nationwide by the end of the year.

The agency is concerned women or their doctors could make decisions to treat cancer based on false-positive test results, or opt to delay treatment based on a false-negative — with either path carrying negative consequences for patients, the FDA said.

The National Cancer Institute estimates more than 22,000 women will be diagnosed with ovarian cancer this year, with women who have reached menopause, those with family history of the disease and women with the BRCA1 and BRCA2 genetic mutations at highest risk for its development.

A five-year study of more than 200,000 women published last year suggested the CA-125 blood test and ROCA has the potential to reduce mortality from ovarian cancer by 20 percent, and may reduce it even further in the decade after cancer diagnosis.

Despite extensive use of the test, the FDA has not approved it as effective and no organization endorses its use.

“Based on currently available information, the FDA recommends against using currently offered tests to screen for ovarian cancer,” the agency pointedly said in the press release.

Abcodia’s ROCA is designed to detect ovarian cancer early, even in the absence of symptoms, and the company cites results from the English study, published in The Lancet, as proof of its efficacy.

“The cumulative evidence from several peer-reviewed publications demonstrates that the ROCA Test is the test most likely to save lives,” said Dr. Julie Barnes, chief scientific officer for Abcodia. “Furthermore, the ROCA Test has the highest sensitivity for detection of ovarian cancer, can detect more cancers at the early stages and, when used in conjunction with transvaginal ultrasound as the follow up test, has the lowest number of false positive results.”

The FDA said, however, both CA-125 and ROCA are unproven and there has not been enough clinical trial data to prove the tests are accurate or reliable, and strongly advises against their use.

“Despite extensive research and published studies, there are currently no screening tests for ovarian cancer that are sensitive enough to reliably screen for ovarian cancer without a high number of inaccurate results,” the agency said. 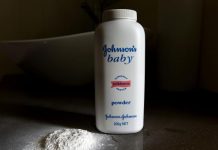 Judge throws out another talc verdict against Johnson & Johnson 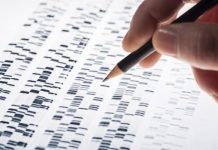 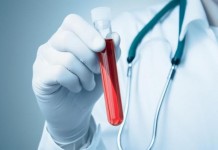