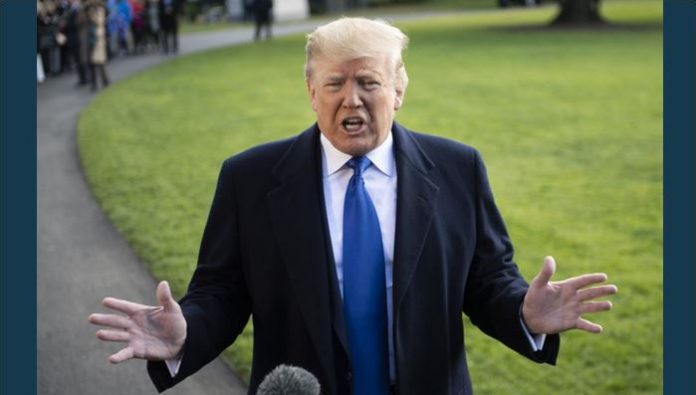 The U.S. Court of Appeals for the District of Columbia Circuit ruled against Trump who was seeking to revisit a case over a subpoena demanding his accounting firm Mazars USA give personal and business tax records to the House Committee on Oversight in what is becoming a protracted legal fight that is expected to come to a head at the Supreme Court.

Trump had filed the request in October after a federal appeals court ruled 2-1 in favor of the committee, which first requested his and the Trump Organization’s records in April after the president’s former attorney Michael Cohen testified that Trump manipulated the value of his assets for personal gain.

The judges ruled 8-3 Wednesday to let the October ruling stand with Judges Karen Henderson, Gregory Katsas and Neomi Rao being the dissenting voices.

“If the competing opinions here demonstrate anything, it is that this case presents exceptionally important questions regarding the separation of powers among Congress, the Executive Brand and the Judiciary,” said Trump appointee Katsas in his dissenting opinion, calling the subpoena a “threat to presidential autonomy and independence.”

Rao, a Trump appointee, said she would grant a retrial as the committee exceeded its constitutional authority when it issued the legislative subpoena.

“By upholding this subpoena, the panel opinion has shifted the balance of power between Congress and the president and allowed a congressional committee to circumvent the careful process of impeachment,” she said. “The exceptionally important constitutional questions raised by this case justify further review by our court.”

Trump’s personal lawyer, Jay Sekulow, said in a statement that based on the “well-reasoned dissent” they will seek a review at the Supreme Court.

The decision comes days after a federal judge dismissed a similar lawsuit by Trump seeking to stop the House Ways and Means Committee from getting his New York State tax returns.

Sekulow said they would be seeking a review of that opinion as well.