AUSTIN, Texas, June 16 (UPI) — A federal judge in Texas has dismissed a motion filed by the state to oppose President Barack Obama‘s plan to accept a limited number of Syrian refugees into the United States.

Judge David C. Godbey of the U.S. District Court for Northern Texas heard arguments by government attorneys in Austin that claimed the Obama administration overstepped its authority last year when it agreed to take in about 10,000 migrants from Syria, without ever consulting with Texas on the matter.

“The Commission lacks a cause of action — under either the Refugee Act, the Administrative Procedure Act, or the Declaratory Judgment Act — to enforce the Refugee Act’s advance consultation requirement,” Godbey wrote in his decision. “The Commission also fails to state a plausible claim for breach of contract … Accordingly, the Court dismisses all claims.”

“Governor Abbott and Attorney General [Ken] Paxton didn’t have a legal leg to stand on here, and they knew it,” Terri Burke, executive director of the ACLU of Texas, said in a statement Thursday. “The goal of this wasteful lawsuit had nothing to do with public safety, and everything to do with scoring political points on the backs of desperate refugees.”

After the U.S. Department of State announced the plan last fall, the Texas health commission similarly petitioned for a restraining order to keep refugees from settling there. Godbey dismissed that request, too.

Hundreds of thousands of migrants from Syria, Iraq and other embattled nations in the area have been seeking asylum in Europe for more than a year. The resultingmigrant crisis has prompted some governments to close their borders to the immigrants, and others to admit refugees in large numbers.

Obama said last year that he is willing to help ease the crisis by allowing a few thousand Syrians to land on U.S. shores — a decision that was not well-received by all.

Citing national security concerns, Paxton in December twice filed for a restraining order when he learned a Syrian couple and their six children, and a Syrian woman seeking to be reunited with her mother, were planning to settle in Houston.

“It is essential that a judge consider halting the Syrian refugee process — at least on a temporary basis — to ensure refugees coming to the United States will be vetted in a way that does not compromise the safety of Americans and Texans,” Gov. Greg Abbott said at the time.

“I am disappointed with the court’s determination that Texas cannot hold the federal government accountable to consult with us before resettling refugees here,” he said. “We are considering our options moving forward to guarantee the safety of Texans from domestic and foreign threats.”

“This kind of discrimination is not only unconstitutional, but it’s also an affront to Texas’ values of equality and hospitality,” Rebecca Robertson, legal director for the ACLU of Texas, said. 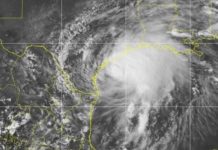 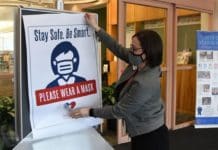