Aug. 10 (UPI) — A federal judge on Sunday night ruled in favor of Norwegian Cruise Line Holdings, granting it a preliminary injunction against a Florida law prohibiting companies from mandating customers to provide proof of COVID-19 vaccination.

U.S. District Judge Kathleen Williams said in her 59-page ruling that the law instituted through executive order by Gov. Ron DeSantis in early April was likely unconstitutional as it violates the Norwegian Cruise Line’s First Amendment rights, and ordered an injunction so the company can mandate proof of vaccinations as the case moves through the courts.

The Miami-based company suspended operations 15 months ago due to the coronavirus pandemic and planned to resume Aug. 15. It filed the lawsuit in July arguing the law would force it to either cancel all voyages out of Florida or allow unvaccinated passengers aboard, options it said would cause significant harm.

Williams ruled in favor of the plaintiffs and said the state failed to “articulate or provide any evidence of harms that the state would suffer if an injunction was entered.”

“And while NCLH has demonstrated that public health will be jeopardized if it is required to suspend its vaccination requirement, Defendant identifies no public benefit from the continued enforcement of the Statute against NCLH,” she wrote.

DeSantis’ office told UPI in an emailed statement that they disagree with the judge’s opinion and will be lodging an appeal.

“A prohibition on vaccine passports does not even implicate, let alone violate, anyone’s speech rights, and it furthers the substantial, local interest of preventing discrimination among customers based on private health information,” his office said.

“The health and safety of our guests, crew and the communities we visit is our number one priority, today, tomorrow and forever,” Frank Del Rio, president and chief executive of Norwegian Cruise Line Holdings, said in a statement.

“It’s not a slogan or a tagline, we fiercely mean it and our commitment to these principles is demonstrated by the lengths our Company has gone through to provide the safest possible cruise experience from Florida.”

DeSantis was one of the first Republican governors to issue a ban on vaccine passports, amid concerns that companies and government agencies may require proof of vaccination to receive services.

Since then, companies and governments have mandated COVID-19 vaccinations, including the states of California, New York, Virginia, Hawaii and Maryland for state employees.

According to Johns Hopkins University, cases in Florida have risen from fewer than 1,500 in mid-June to 27,000 on Friday. 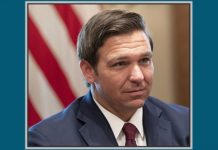 Judge: Cruise line can require proof of vaccination in Florida