WASHINGTON, Sept. 22 (UPI) — The University of Virginia agreed to change the way it handles sexual violence and harassment cases following an extensive investigation by the U.S. Department of Education’s Civil Rights Office.

The investigation, which started in June 2011, found a “mixed record of responding to reports of sexual harassment and sexual violence.”

The Department of Education also found the school’s investigation process was not fair to either the complainant or the student accused of sexual violence.

The Department of Education said since the investigation began the university has taken “important steps to ensure it is meeting its Title IX obligations, including consistently providing support to students who report sexual violence and revising university policies on eliminating, preventing and addressing sexual harassment and sexual violence.”

As part of the agreement, the school will continue to follow its revised Title IX policies, which includes making it clear to student organizations, including fraternities and sororities, sexual harassment, sexual violence and retaliation are prohibited and the university will investigate any claims.

In addition the school agreed to track and review “all reports, investigations, interim measures and resolutions of student and employee conduct that may constitute sexual harassment or sexual violence, to ensure that such reports are adequately, reliably, promptly and impartially investigated and resolved.”

University President Teresa A. Sullivan said the school has already made significant improvements to address the Department of Education’s concerns, including a new written sexual harassment policy.

“Harassment and violence in any form have no place in our community,” she said. “Collectively, we have an obligation to promote and maintain a safe and respectful learning, living and working environment. Nothing is more important. Recognizing that our academic community can thrive only when our students, faculty, and staff are free from the threat of harassment or harm, we are determined to address these issues directly.”

The university is one of some 130 colleges and universities nationwide under investigation from the Department of Education for Title IX violations.

In late 2014, UVA was the focus of a Rolling Stone article that told about the gang rape of “Jackie” by members of the Phi Kappa Psi fraternity on campus. The story was later debunked as a fabrication. The school’s associate dean of students, Nicole Eramo, and members of the fraternity have since filed lawsuits against the magazine and the writer, Sabrina Rubin Erdely. 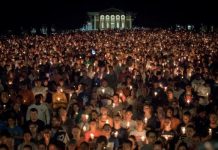 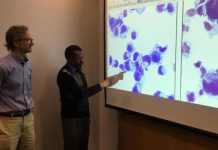