Sept. 16 (UPI) — The Federal Emergency Management Agency plans to test a system allowing the president to send a message directly to cellphones of U.S. residents.

FEMA will conduct the first nationwide test of Presidential Alerts through the Wireless Emergency Alerts on Thursday, the agency said.

“Presidential Alerts are to be used during a national emergency, though none have been sent to date,” FEMA said.

The agency will conduct a test of the WEA and Emergency Alert System with the WEA portion beginning at 2:18 p.m. EDT and the EAS portion coming at 2:20 p.m. EDT, the agency said Thursday.

“The test will assess the operational readiness of the infrastructure for distribution of a national message and determine whether improvements are needed.

“The WEA test message will be sent to cell phones that are connected to wireless providers participating in WEA. This is the fourth EAS nationwide test and the first national WEA test,” FEMA said.

More than 100 wireless providers will carry the WEA message will feature a header that reads “Presidential Alert.”

Recipients of the test message will hear a tone and vibration before receiving a message that reads “THIS IS A TEST of the National Wireless Emergency Alert System. No action is needed.”

FEMA noted the WEA is used to alert the public about “dangerous weather, missing children, and other critical situations through alerts on cell phones.” 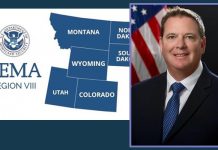