Oct. 25 (UPI) — Members of Congress on Wednesday presented the Congressional Gold Medal to Filipino veterans of World War II, honoring thousands of men who long fought for recognition of their service.

Some Filipino servicemen died during the second World War, but promises of U.S. citizenship and veterans benefits for many of those who survived went unfulfilled for decades.

“Everyone knows about Pearl Harbor,” he said. “But perhaps lesser known is that within hours, Japanese forces also invaded the Philippines.”

In July 1941, President Franklin D. Roosevelt signed an executive order calling on all Philippine military forces to join the U.S. armed forces to fight Axis powers in World War II. At the time, the Philippines was under U.S. rule.

Some 260,000 Filipino and Filipino-American soldiers fought on behalf of the United States until the end of the war. Since the Philippines was a commonwealth of the United States, Filipinos who served in the U.S. military were entitled to the same benefits U.S. citizens received.

In 1946, however, President Harry S. Truman signed the Recission Act, which stripped those benefits — citing $200 million the U.S. government gave the Philippines after the war.

“That amount is nothing compared to what they sacrificed for this country,” Eric Lachica, executive director of the American Coalition for Filipino Veterans, told Philippine newspaper The Inquirer. “What we’re really asking for is full recognition and fair treatment.

Ryan lauded Filipino veterans of World War II for their “incredible valor and sacrifice,” despite the fact that many who volunteered had no formal training.

“You are such an integral part of this legacy,” he said. “We are here to immortalize the legacy of these great liberators.”

Gregorio Azurin manned a .50-caliber machine gun in mountainous terrain in the Philippines when he came under attack by Japanese soldiers. He told the Yakima Herald in Washington that he jumped down a steep slope to escape the enemy.

Azurin, 91, said he hid from the Japanese for three days without food before reuniting with his unit.

“They all thought I was dead — they already had my name on the list” of casualties, Azurin told the newspaper.

Celestino Almeda, 100, was a high school teacher when the war started. He said he joined a guerrilla unit after the Japanese bombed Manila.

“Once I saw five dead bodies piled on top of each other. Their bloody arms and limbs were hanging off a casket,” he told The Inquirer. “Who could forget those grim images of the atrocities of war? They are and will always be with me.”

Almeda, now living in the United States, said he wrote the U.S. Department of Veterans Affairs multiple times starting in 2000, seeking recognition of his service. He attended Wednesday’s ceremony on Capitol Hill.

“In every letter of denial that I received, the U.S. Department of Veterans insisted that there’s no written document about my military service,” he said. “I told them, ‘Look, everything was in verbal at the time.’ No one would sign a piece of paper while you were in the battleground.”

A statement from Ryan said a single Congressional Gold Medal was struck to honor the veterans.

The Filipino Veterans Recognition and Education Project, an organization that promotes awareness of Filipinos’ contributions to World War II, said bronze replicas would be presented to veterans during a separate ceremony Wednesday afternoon in McLean, Va. Officials are making the 1-pound replicas available to veterans or families for $50 each.

“Let this ceremony serve to insure that those who fought for freedom are never forgotten and are always remembered,” Ryan said. 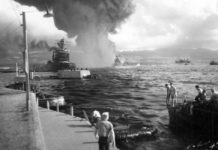 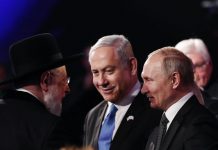