The fire broke out around 5 a.m. in a building near the Middle Collegiate Church in the East Village. It completely destroyed the building and spread to the Protestant Reformed church and a third building on the block.

“Upon arrival we had heavy fire showing from the corner building on East 7th Street. We quickly transmitted additional alarms to get more help here. We knew this was going to be a big operation.”

He said firefighters would be working at the scene “for a while.”

The Rev. Jacqui Lewis said Middle Collegiate Church leaders and members were praying for first responders and neighbors affected by the fire, and planned to hold a vigil Saturday evening.

“We are devastated and crushed that our beloved physical sanctuary at Middle Collegiate Church has burned,” Lewis said. “We thank God that there has been no loss of life.

“We’ve been worshiping and doing our ministry in digital spaces since March and that’s what we’ll be doing tomorrow.”

Fire marshals were investigating the cause of the blaze. 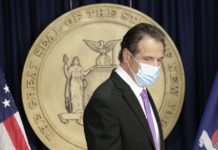 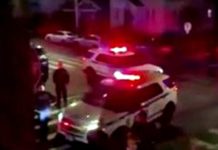