July 11 (UPI) — Wearing face masks and hospital gowns, the young boys pulled from a Thailand cave this week — an event that spread drama worldwide — are seen waving and smiling Wednesday in their first images after their rescues.

Each of the boys lost weight while stranded in the cave and will be kept in Chiang Rai Prachanukroh Hospital for a week before going home, a public health official said.

By Wednesday, the first and second group rescued were eating normal food, and the final group evacuated Tuesday are undergoing medical check-ups. All appear in good health and with no serious infections, officials said.

The first group was rescued Monday, and the second and third groups early Tuesday. Some of the boys have already been visited by family.

Parents awaiting reunion were seen crying and waving to the boys through a glass barrier intended to safeguard against potential infections.

The group was overdue June 23 after they failed to return from a visit to the cave complex. They got far enough inside that rising floodwaters, not unusual at the cave this time of year, blocked their exit. They were found after 9 days by a pair of British divers.

Authorities sent food and medical care deep into the cave as they devised an escape, which became difficult due to its tight spaces and flooded compartments. Officials initially worried they could remain trapped for months.

Rescue divers told BBC News the boys were heavily sedated during the rescue to prevent them from panicking in the water-filled passageways, which were barely large enough to fit through.

To get through flooded areas, the children were strapped to a rescue diver and guided through. They were carried by stretcher in the compartments that hadn’t flooded.

The Thai military said late Tuesday Navy SEAL divers barely made it out of the cave themselves before it began to flood again. 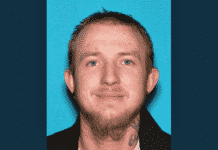 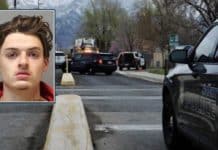