Oct. 29 (UPI) — First lady Jill Biden got in touch with her Sicilian roots Friday when she and President Joe Biden traveled to Italy for a G20 summit, where she’ll have her own agenda.

The Bidens left for their second major international trip late Thursday, arriving in Rome, where they’ll stay at the U.S. ambassador’s residence — Villa Taverna — before leaving leaving Monday for the U.N. Framework Convention on Climate Change in Glasgow, Scotland.

They began their day Friday with a visit to the Vatican City, where they met with Pope Francis. Of the 46 presidents in U.S. history, Joe Biden is the second Catholic. President John F. Kennedy was the first.

Though Jill Biden was raised Presbyterian, she has regularly attended Catholic mass since marrying Joe Biden. She described her audience with the pope as “wonderful.”

“He was wonderful,” she told CNN.

For the first lady, the trip to Italy is likely one of comfort. CNN reported she chose to host the first Biden family Thanksgiving after the death of Beau Biden in Rome at Villa Taverna.

She wrote in her 2019 memoir, Where the Light Enters, that having the holiday at their traditional locale in Nantucket, Mass., was too difficult without him. She said that traveling to Italy and being in a country closely tied to the family’s Catholic religion was an escape and a comfort.

While visiting a cafe Friday with French first lady Brigitte Macron, Jill Biden expressed her love for the country.

“We come here so many times,” she told reporters. “I love Italy. Brigitte loves Italy. I mean, who could not love Italy? There’s nothing that we wouldn’t love about it, right?”

That love may spring from Jill Biden’s own Italian ancestry. Her great-grandfather Guytano Giacoppa emigrated from Sicily, settling in the United States. Her family changed their last name to her maiden name — Jacobs.

While President Biden will be holding bilateral meetings and participating in the G20 summit, the first lady has her own schedule, often one-on-one meetings with fellow spouses of heads of state.

“They’re going as a team,” Anita McBride, executive-in-residence at the Center for Congressional and Presidential Studies at American University, told Spectrum News.

While Joe Biden met with French President Emmanuel Macron on Friday at the French Embassy in Rome, Jill Biden and Brigitte Macron met at Il Marchese, a restaurant near the Tiber river.

McBride said conversations between spouses are often more about personal interests and experiences, a chance to get to know each other. 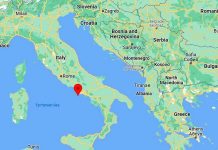