July 27 (UPI) — The first 2020 U.S. presidential debate will move to Cleveland after the University of Notre Dame announced Monday that the school would withdrew as host for the Sept. 29 event.

Citing coronavirus concerns, Notre Dame President Rev. John I. Jenkins announced that after consulting with St. Joseph County Health Department officials, he decided not to host the event in South Bend, Ind., “because the necessary health precautions would have greatly diminished the educational value of hosting the debate on our campus.”

The event now will be co-hosted by Case Western Reserve University and the Cleveland Clinic at the 11-acre Health Education campus.

“We are honored to host this presidential debate at our shared Health Education Campus,” said Case Western President Barbara Snyder and Cleveland Clinic CEO and President Tom Mihaljevic in a statement.

“This pandemic has highlighted the critical importance of health care and scientific discovery in unprecedented ways. To have the presidential candidates discuss these issues in our innovative learning space represents a tremendous opportunity for both institutions — and our entire region.”

Organizers said they had not decided whether a live audience would be permitted.

The final Democratic debate March 15 between Biden and Sen. Bernie Sanders, I-Vt., was held in Atlanta at CNN studios with no live audience and with the candidates standing 6 feet apart, following health recommendations from the U.S. Centers for Disease Control and Prevention.

Two more presidential debates are scheduled for Oct. 15 and 22. 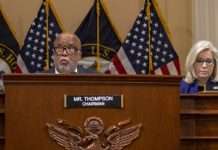 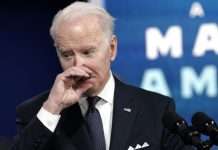