Feb. 8 (UPI) — The first U.S. citizen has died from the coronavirus in Wuhan, China, as the country’s death toll rose past 700, health officials said Saturday.

An additional 35,000 people worldwide have been sickened by the virus.

The U.S. Embassy in China confirmed Saturday that a male U.S. citizen, age 60, died Thursday in a hospital Wuhan, China, marking the first known death of a U.S. citizen from the outbreak.

The World Health Organization declared the coronavirus — identified as 2019-nCoV — as a public health emergency on Jan. 30.

Japan also reported its first death in Wuhan on Saturday, according to an announcement from the Ministry of Foreign Affairs.

The virus is believed to have originated from a now-closed Wuhan seafood market in China’s Hubei province. Health officials first confirmed treating patients suffering from pneumonia caused by an unknown virus on Dec. 31. By Jan. 14, officials installed infrared temperature screening in the city’s airports and stations to identify those infected.

In a daily briefing Saturday, China’s National Health Commission said 722 people had died from the coronavirus and 34,546 people were infected in mainland China by the end of Friday.

Globally, the virus has infected more than 320 people in another 27 countries.

Beijing has quarantined entire cities in Hubei to stop the spread of the virus and about 60 million people are under travel restrictions with roads blocked, train stations closed and flights canceled.

Thousands of people are trapped on three cruise ships in Asia because of the virus. A ship in Japan, the Diamond Princess, and another in Hong Kong, the World Dream, have been quarantined. A third ship, the Westerdam, has been turned away from various ports out of fear there may be coronavirus cases on board.

The virus has also caused car factories to go idle in China, raising concerns that a shortage of components could also affect assembly lines in Europe and the United States.

The Chinese government has announced it has temporarily named of the unique coronavirus, calling it novel coronavirus pneumonia in English.

The International Committee on Taxonomy of Viruses will eventually choose the final, official name. 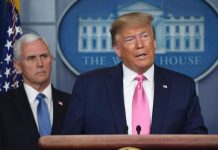 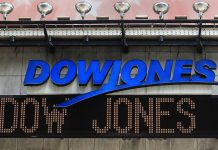