Your #OCFirefighters are working hard to fight the #BlueRidgeFire. These shots are taken from the Casino Ridge area in Yorba Linda. pic.twitter.com/yDrhHmw4kL

Oct. 28 (UPI) — Five firefighters have been injured in a pair of wildfires that have burned through the state prompting tens of thousands of evacuations.

The Silverado Fire had burned 12,600 acres and was at 5% containment on Tuesday, while the Blue Ridge fire had burned 15,200 acres as the California Department of Fire and Forestry Protection said the two blazes will combine into a complex.

Orange County Fire Authority Chief Brian Fennessy said five firefighters have been injured in the blaze, with three having been treated for minor injuries and released, while two others, ages 26 and 31, remain in critical condition.

“It’s tough for any firefighter, certainly any fire chief, to feel this helpless when you’ve got part of our fire family fighting for their lives,” he said. “I’m confident that they’re going to do all they can to fight through this. This is just who they are.”

Late Monday, Southern California Edison sent a letter to the California Public Utilities Commission acknowledging that while there was “no indication of any circuit activity prior to the report time of the fire,” its electrical facilities are near the area where the Silverado Fire began.

“However, it appears that a lashing wire that was attached to an underbuilt telecommunication line … may have resulted in the ignition of the fire,” the letter stated.

Nearly one million Californians were without power on Tuesday morning as Pacific Gas & Electric Corp. and other utilities made deliberate power cuts to reduce the risk of sparking further blazes.

California Gov. Gavin Newsom said the state would remain under a red flag warning until at least 11 p.m. on Tuesday night as 42 wildfires have ignited within the last 24 hours.

“It’s an extraordinary testament to (state firefighters) that you don’t know about most of those — they’ve suppressed the vast majority of those,” he said. 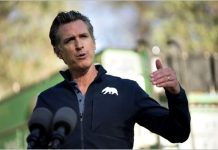 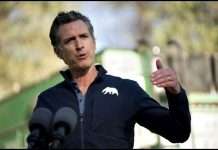 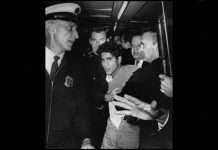