Oct. 11 (UPI) — A flash flood on the Spanish island of Majorca killed at least 10 people on Tuesday.

The victims include six Spanish nationals, a Dutch tourist, a British couple and one unidentified victim, the BBC reported.

Another 12 people were reported missing Wednesday night, including a five-year-old child.

According to The New York Times, the flood cut off Sant Llorenç des Cardassar, located about 40 miles from Palma, the island’s capital city.

Hundreds of emergency workers nd dozens of Spanish soldiers were sent to the area for rescue efforts.

“My solidarity and support for the families and friends of the victims, and all those affected by these tragic floods,” he said on Twitter, adding: “I want to convey our gratitude to the emergency services, who work tirelessly to serve all those affected.” 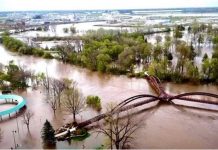 Michigan river rises to highest level ever after dam break 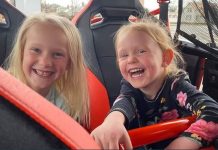