SHANKSVILLE, Pa., Sept. 10 (UPI) — A memorial and visitor’s center honoring the victims of United Airlines Flight 93, which was hijacked and crashed as part of the Sept. 11, 2001, terror attacks, opened Thursday in Pennsylvania.

The aircraft — which officials believe the hijackers intended to crash into the U.S. Capitol — was overtaken by passengers and crashed in a field in western Pennsylvania at the site of the new memorial. Forty passengers and crewmembers, as well as the four captors, died in the crash.

The $26 million memorial, operated by the National Park Service and funded largely by private donations, will open to the public in Shanksville, Pa., after a ceremony Thursday.

Designed by architect Paul Murdoch, it includes a black granite walkway, simulating the path of the plane, and a view of the crash site. Still awaiting construction is the Tower of Voices, a wind chime-carrying tower designed to be 93 feet tall.

Opening 14 years after the attack, it is the last major memorial dedicated to the incidents of Sept. 11, 2001, in which more than 3,000 people died in Pennsylvania, the World Trade Center in New York City and the Pentagon in Virginia.

A memorial at the Pentagon opened in 2009, and the National September 11 Memorial and Museum, an the site of the World Trade Center, opened in 2011. 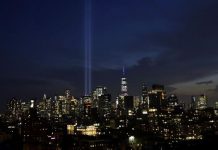 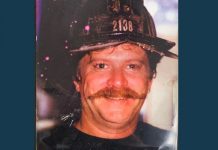