Jan. 18 (UPI) — The former Florida Department of Health data scientist who says she was fired for refusing to manipulate the state’s coronavirus data announced that a warrant has been issued for her arrest and that she will turn herself in to the authorities.

Rebekah Jones, who helped build the state of Florida’s first COVID-19 data reporting system, has been in a legal fight with the state in connection to her firing in May and her turn as a whistleblower.

Authorities raided her home in early December and seized several devices, under a search warrant, as part of an investigation that began in November. Jones said her cellphone and her computer were confiscated.

Jones said via Twitter on Saturday that a warrant has been issued for her arrest, though it is not in connection with the December raid on her house.

“The state has issued a warrant for my arrest — even though the ‘crime’ is not related to the [search] warrant,” she said. “To protect my family from continued police violence, and to show that I’m ready to fight whatever they throw at me, I’m turning myself into police in Florida Sunday night.”

Gretl Plessinger, a spokeswoman for the Florida Department of Law Enforcement, confirmed in an email to the Tampa Bay Times that a warrant has been issued for Jones’ arrest.

“Agents have been working with her attorneys to have her turn herself in,” Plessinger said.

Jones was fired in May for “insubordination,” and authorities searched her house on Dec. 7, accusing her of having breached and illegally accessed an emergency messaging alert system on Nov. 10 to send a group text encouraging users to voice concerns about Florida’s handling of the coronavirus.

Jones said Saturday that authorities have failed to find evidence that she was behind the text and her arrest is related to other documents in her possession.

“It isn’t clear at this point what exactly they’re saying I had that I shouldn’t have had, but an agent confirmed it has nothing to do with the subject of the [search] warrant,” she said.

Jones said an agent informed her lawyer there would only be one charge though more could follow if she spoke to the media.

“All of this just to silence a critic of a governor who failed to do his job and got thousands killed,” she said.

Jones has accused Florida Gov. DeSantis of having tried to hide COVID-19 case numbers to prevent the state from going into lockdown.

She has sued the Florida Department of Law Enforcement for the raid on her home. 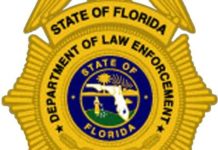 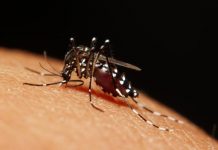