March 10 (UPI) — A Florida judge on Friday rejected a motion to dismiss a second-degree murder charge against a retired police officer who fatally shot a man three years ago during a heated argument at a Tampa area movie theater.

Judge Susan Barthle ordered that Curtis Reeves face prosecution in the case, which stems from the 2014 shooting at the Cobb Grove 16 Theater in the Tampa suburb of Wesley Chapel. The gunfire followed an escalating argument between Reeves and another theater-goer, Chad Oulson, who had been sitting nearby.

Witnesses said during the final exchange of the minutes-long confrontation, the retired officer reached for his handgun and shot Oulson in the chest after the man threw a bag of popcorn in his direction.

On Friday, after two weeks of pretrial testimony, Barthle dismissed Reeves’ contention that he acted in self-defense and his gunfire was justified by Florida’s controversial “stand your ground” self-defense immunity law.

“Because the defendant’s testimony was significantly at odds with the physical evidence and other witness testimony, this court has considerable doubts about his credibility,” Barthle ruled Friday.

Witnesses told investigators that Reeves, 74, had become increasingly agitated in the minutes leading up to the Jan. 13, 2014, shooting — and at one point left the theater to complain about Oulson text messaging during movie previews. The men again started arguing when Reeves returned, unsuccessful in his search for a manager. Oulson had been sending text messages to his young daughter.

Barthle said surveillance video of the shooting does not line up with defense attorneys’ version of events, which includes an accusation that Oulson threw his cellphone at Reeves’ face. The judge concluded that the defense arguments are an attempt to “justify [Reeves’] actions after the fact.”

The state’s self-defense immunity statute allows residents to kill another person in public if they are in imminent and grave danger. The law became known nationally in 2013 after the high profile Orlando shooting of 17-year-old Trayvon Martin. Neighborhood Watch leader George Zimmerman was ultimately acquitted in the black teen’s death after the jury was told to consider the statute in its deliberations.

In the case of Reeves, prosecutors argued the law does not apply — and Barthle agreed.

“[The court] is not willing to come to the conclusion that these circumstances are those envisioned by the Legislature when the ‘stand your ground’ law was enacted,” she wrote in her decision.

Defense attorneys have also argued that Oulson was aggressively leaping over a seat and was “virtually on top of” Reeves when the shot was fired. Reeves testified last week that he thought Oulson was preparing to punch him.

Prosecutors, though, reject the defense’s claims and say popcorn does not constitute a weapon. They believe Reeves simply allowed his anger to get the best of him during a heated confrontation — a textbook example of second-degree homicide.

Barthle also rejected the defense’s notion that Reeves was frightened or intimidated by the 43-year-old Oulson. She emphasized that it was Reeves who started the confrontation and kept the arguments going throughout the entire incident — even leaving his wife alone when he left the theater in search of a manager.

“On the contrary, he is quite a large and robust man,” Barthle wrote of Reeves. “He also appeared to be quite self-assured when he was testifying and certainly did not appear to be a man who was afraid of anyone.”

“As soon as I pulled the trigger I said, ‘Oh shoot, that was stupid,'” Reeves told detectives after the shooting. “If I had to do it over again, it would have never happened. … But you don’t get do-overs.”

Defense attorneys said they plan to appeal Barthle’s ruling to the Second District Court of Appeals.

“I expected her to disagree with what Reeves (alleged) … But I didn’t expect her to be as direct and concrete with her findings,” attorney T.J. Grimaldi, who represents Oulson’s widow, said. “This is a great outcome we had today, but it doesn’t bring Chad back. And it could be overturned on appeal. So while this is a great leap forward, we actually haven’t moved anywhere.”

A trial date has not yet been set. 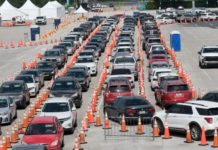 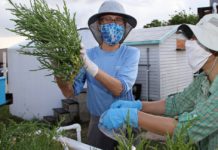