May 9 (UPI) — A nonagenarian retiree from Florida returned a piece of Stonehenge — missing for six decades — to caretakers of the monument, British officials said Wednesday.

The man, Robert Phillips, kept the 42-inch-long piece of stone after the company he worked for completed restoration work on one of Stonehenge’s fallen trilithons. The company drilled bore holes horizontally through the stones in 1958 to reinforce the broken pieces with metal rods before erecting the structure.

A drilling machine produced three cores from the interior of the Stonehenge stones, one of which Phillips kept. He later immigrated to the United States, taking the artifact with him to his current home in Aventura, Fla.

Lewis Phillips said it was his father’s wish that the stone be returned to English Heritage, the organization that cares for Stonehenge and other British monuments.

“Our father has always been interested in archaeology and he recognized the huge importance of the piece of the monument in his care,” he said.

English Heritage said the piece of stone may help archaeologists locate the original location from where the sarsen stones came. Researchers have already located the origin of Stonehenge’s smaller bluestones, southwest Wales.

David Nash, a professor at the University of Brighton, is investing the chemical attributes of the core to try to pinpoint the source.

“Archaeologists and geologists have been debating where the stones used to build Stonehenge came from for years,” he said. “Conventional wisdom suggests that they all came from the relatively nearby Marlborough Downs but initial results from our analysis suggest that in fact the sarsens may come from more than one location.”

Heather Sebire, English Heritage’s curator for Stonehenge, said the organization is interested in reclaiming the other two cores that were drilled as part of the 1958 restoration work.

“We are very grateful to the Phillips family for bringing this intriguing piece of Stonehenge back home,” she said. 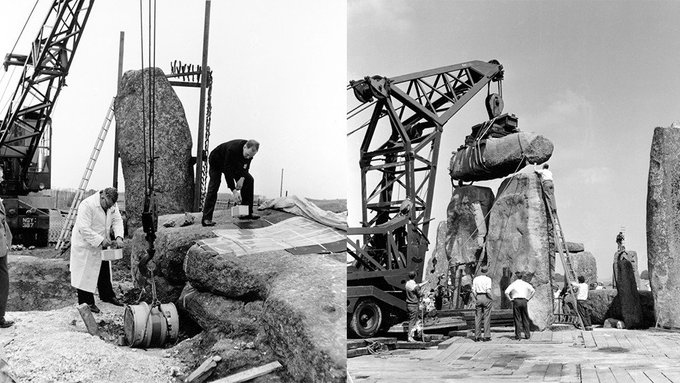 A missing piece of one of the @EH_Stonehenge stones has been returned!

The stone ‘core’ was kept by Robert Phillips, who worked on the archaeological excavations in 1958. He returned it from America, just before his 90th birthday. 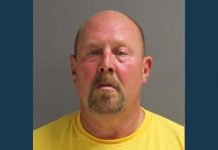 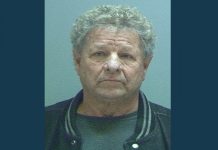 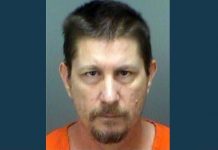