July 9 (UPI) — A Florida man caused chaos when he tried to open the exit door on a plane mid-flight, but a flight attendant hit him with a wine bottle as several passengers helped restrain him.

The FBI charged Joseph Daniel Hudek IV, a 23-year-old man from Tampa, Fla., with interfering with a flight crew after the incident, which occurred on a flight going from Seattle to Beijing, China.

Hudek was traveling first class and ordered one beer before the plane departed. Shortly after, while the plane was in the air, he went to the restroom, came out to ask a flight attendant a question, and then returned to the restroom. Two minutes later, he again exited the restroom and then ran towards an emergency exit door and attempted to open it.

Two flight attendants tried to stop Hudek, but he pushed them away as he tried to lift the handle on the door. The flight attendants asked passengers for help, but Hudek fought them off, too, and hit one male passenger in the head with a dessert wine bottle.

A flight attendant then grabbed a 1-liter bottle of wine and hit Hudek on the head.

“Do you know who I am?” Hudek allegedly said after getting smacked with the bottle.

He “did not seem impacted by the breaking of a full-liter red wine bottle over his head,” the FBI complaint states.

Hudek continued to fight back, but more passengers got involved and eventually subdued the unruly man, and he was restrained with zip-ties.

During the return to Seattle, Hudek “remained extremely combative, and multiple passengers were needed to restrain Hudek and keep him restrained until the plane landed safely,” according to the complaint.

Hudek faces 20 years in prison for the incident. 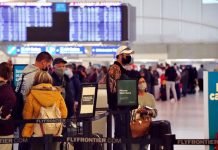 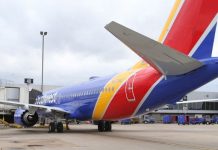 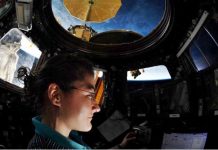