The former member of Britain’s Parachute Regiment is being interviewed at a police station in Belfast and is the first person detained as part of a renewed Bloody Sunday investigation that began in 2012.

The British Parachute Regiment shot 26 unarmed civilians, killing 13 of them, in a confrontation during a civil rights march Jan. 30, 1972, in the Bogside area of Londonderry. A 14th victim died months later.

The incident is known as one of the most controversial days in the history of Northern Ireland.

The arrest, made by the Police Service of Northern Ireland’s Legacy Investigation Branch, “marked a new phase in the overall investigation which would continue for some time,” Det. Chief Inspector Ian Harrison said.

In 2007, Gen. Mike Jackson, former chief of staff for the British Army, admitted he had “no doubt that innocent people were shot” but stopped short of apologizing.

At the time of the incident, also referred to as the Bogside Massacre, Jackson was a captain who was second in command of the parachute regiment involved in the shootings.

In 2010, Prime Minister David Cameron apologized to the victims of Bloody Sunday on behalf of the government after a 12-year investigation blamed the British Army for the civilian deaths that were “unjustified and unjustifiable.”

The report concluded soldiers fired the first shot and did not warn any of the civilian marchers before initiating gunfire.

Speaking at the House of Commons, Cameron said the investigation showed soldiers should not have been sent into the Catholic Bogside neighborhood, the soldiers fired without provocation, the victims were not armed and that those involved in the massacre gave false statements.

“We are aware an ex-soldier has been arrested by the Police Service of Northern Ireland in connection with their investigation into the events of Bloody Sunday,” Britain’s Ministry of Defense said in a statement on Tuesday, The Guardian reported. “It would be inappropriate to comment further on an ongoing criminal investigation at this stage.” 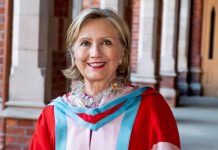