March 4 (UPI) — The FBI arrested a former journalist on Friday and charged him in connection with the threats to several Jewish community centers.

Juan M. Thompson, a former reporter for The Intercept, co-founded by Glenn Greenwald, was arrested in St. Louis and charged with cyberstalking an ex-girlfriend, and then communicating threats to Jewish centers around the country in her name.

The Justice Department said that Thompson made at least eight threats against Jewish support organizations in the United States this year in the name of his ex-girlfriend, to harass and intimidate her. One, to the Anti-Defamation League’s New York City office, identified the woman as “behind the bomb threats against Jews.”

Other emails mention Thompson’s name, suggesting he was attempting to demonstrate that the woman was framing him. A Jewish community center in New York City received an anonymous email saying that Thompson mailed two bombs to the center, hoping to “create [a] Jewish Newtown tomorrow,” the Justice Department statement said, adding it was an apparent reference to the 2012 school shooting in Newtown, Conn.

The criminal complaint says that in 2016, Thompson, 31, also emailed false allegations about the ex-girlfriend to her employer, and in another email accused her of possessing child pornography.

Thompson, a resident of St. Louis, was charged with one count of cyberstalking, which carries a maximum five-year sentence. The Washington Post identified him as a former writer for The Intercept, saying that he’d been fired for fabricating quotes and misleading colleagues. Editors of The Intercept said last year that Thompson had engaged in a “pattern of deception” which included the use of fake email sites.

Intercept managing editor Charlotte Greensit said in a statement Friday that Thompson’s alleged actions are “heinous and should be fully investigated and prosecuted.”

On Thompson’s Twitter account, he identified his target as “Francesca” and wrote on Feb. 24, “Know any good lawyers? Need to stop this nasty/racist #whitegirl I dated who sent a bomb threat in my name & wants me to be raped in jail.”

The main graphic on Thompson’s Twitter page shows a man picking up a red flag from a fallen comrade, and under his Twitter handle, @JuanMThompson, it says: “You show me a capitalist, and I’ll show you a bloodsucker.”

Preet Bharara, U.S. Attorney for the Southern District of New York, praised the work of the FBI and the New York Police Department in the case.

William F. Sweeney Jr., the FBI’s New York field office’s director-in-charge, said in the Justice Department statement: “Thompson’s alleged pattern of harassment not only involved the defamation of his female victim, but his threats intimidated an entire community. The FBI and our partners take these crimes seriously.” 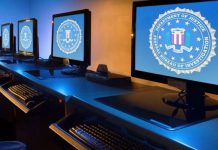 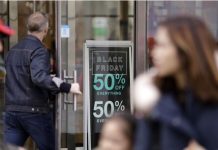