Aug. 1 (UPI) — A judge in Pennsylvania sentenced a former Penn State fraternity member on Tuesday to three months of house arrest for his role in the hazing death of a fellow student.

Ryan Burke, 21, was the first to plead guilty in connection with the death of Timothy Piazza, a 19-year-old engineering student who died in February 2017 after drinking alcohol during a hazing ritual and falling on his head, causing fatal damage to his brain.

In addition to three months of house arrest, Lackawanna County, Pa., Judge Brian Marshall sentenced Burke to 100 hours of community service and ordered him to pay a $3,000 fine.

He was the first of several members of the now-banned Beta Theta Pi chapter to plead guilty to charges in connection with Piazza’s death.

Surveillance video from the night of Piazza’s death shows Burke providing alcohol to several fraternity pledges as they went through “the gauntlet,” the fraternity’s obstacle course of drinking games. Burke was the “rush chair” and in charge of recruitment. After Piazza completed the obstacle course, Burke gave him more alcohol. Piazza hit his head numerous times and fraternity members didn’t call an ambulance until 12 hours after the hazing ritual began.

Piazza died the next day of “multiple traumatic injuries.”

“Tim died in the early morning of Feb. 4 with my wife, my older son [Michael], Tim’s girlfriend and I at his side. Our world changed forever at that moment,” wrote Jim Piazza, Timothy Piazza’s father, in a victim impact statement. “All he was trying to do was join an organization and make new friends.”

Burke initially faced 17 charges, including aggravated assault, involuntary manslaughter and simple assault. But prosecutors withdrew the three most serious charges before preliminary hearings began and District Judge Steven Lachman dismissed four counts of providing alcohol to minors and one count of endangering another person in May, The Centre Daily Times reported.

Tom Kline, the attorney for Piazza’s parents, said 25 other fraternity members face charges in connection with Piazza’s death and all have entered not guilty pleas. They are expected to face trial in February, The New York Times reported. 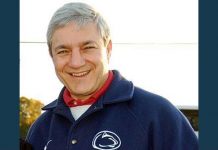 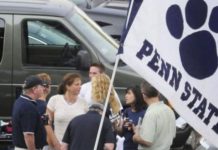