CONCORD, Calif., Aug. 28 (UPI) — A 19-year-old Harvard freshman was acquitted of felony sexual assault stemming from allegations made against him while he attended a prestigious prep school in Connecticut.

The jury of three women and nine men did find Owen Labrie guilty on several misdemeanor charges, though, and one felony count of using a computer to “seduce, solicit, lure or entice a child under the age of 16.”

He was accused in the case by a 16-year-old girl who told police she was sexually assaulted by Labrie about a year ago inside a maintenance room at the St. Paul’s School — a lofty prep school that charges $50,000 for tuition each year.

During the trial, Labrie’s attorney accused the girl of lying or exaggerating claims against the 19-year-old. He also called the case a “tragedy” for both his client and the teenage accuser.

Labrie testified that actual sex never occurred — just sexual touching that he says was consensual. The prosecutor, though, doesn’t buy it and contended that Labrie simply didn’t take “no” for an answer.

The jury deliberated for a total of eight hours over the course of two days and found him guilty of four misdemeanors relating to sexual assault and endangering the welfare of a child.

Labrie sobbed in court as the verdicts were read, NBC News reported.

The alleged victim also cried while her family comforted her. They released a statement after the verdict was read.

“Today, a measure of justice has been served for victims of sexual violence. While he was not convicted on all charges, Owen Labrie was held accountable in some way by a jury of his peers for crimes he committed against our daughter. This conviction requires him to take ownership for his actions and gives him the opportunity to reflect upon the harm he has caused,” the family said. 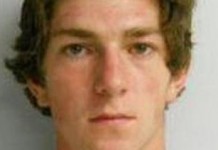