Shultz, who was a distinguished fellow and professor emeritus at Stanford for more than 30 years, died in his home on the university’s campus. No cause of death was immediately given.

“Our colleague was a great American statesman and a true patriot in every sense of the word. He will be remembered in history as a man who made the world a better place,” said Condoleezza Rice, a fellow former secretary of state and current director of the Hoover Institution.

Shultz was most known for his time as secretary of state under President Ronald Reagan where he played a key role in handling diplomatic relations during the Cold War.

He also served as Treasury secretary, secretary of the Department of Labor and director of the Office of Management and Budget under President Richard Nixon, making him one of only two Americans to hold four different Cabinet-level positions.

Born on Dec. 13, 1920, in New York City, Shultz was raised in Englewood, N.J., and earned a bachelor’s degree in economics from Princeton University in 1942 before serving in the U.S. Marine Corps from 1942 to 1945, where he eventually became a captain.

Upon exiting the military, Shultz earned a doctorate in industrial economics in 1949 and took on several roles in academia while also launching a career in government as a senior staff economist on President Dwight Eisenhower’s Council of Economic Advisors in 1955.

In 1969, Nixon tapped Shultz to join his Cabinet as secretary of labor, and a year later he became the first director of the Office of Management and Budget before settling in as secretary of the Treasury from 1972 to 1974.

Shultz was named Secretary of State by Reagan in 1982 where he “inherited a number of foreign policy challenges, including war in Lebanon, delicate negotiations with the People’s Republic of China and the Government of Taiwan and a ratcheting up of Cold War tensions with the Soviet Union,” according to his official State Department biography.

“He had other successes in Latin America, but his crowning achievements came in regards to U.S. Soviet relations,” his biography states. “Through positive responses to the overtures of Gorbachev and his Foreign Minister, Eduard Shevardnadze and through his own initiatives, Shultz helped to draft and sign landmark arms control treaties and other agreements that helped to diminish U.S.-Soviet antagonism.”

Secretary of State Pompeo in quarantine after COVID-19 exposure 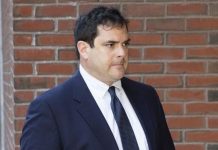