Oct. 14 (UPI) — A white male police officer who fatally shot a 28-year-old black woman in her mother’s home through a window Saturday has resigned, the Fort Worth police chief said Monday.

Aaron Dean, who has been on force since April 2018, resigned Monday morning, Police Chief Ed Kraus said at a news conference. The chief said he intended to fire Dean if he had not resigned first. He was stripped of his badge and firearm.

Initially, Dean was placed on administrative leave after the fatal shooting of Atatiana Jefferson, through a bedroom window after a neighbor called a police non-emergency line about 2:30 a.m. Saturday for a well-being check after seeing her front door was ajar and all her lights were on. Jefferson was in her mother’s house at the time to help her recover from an injury.

Jefferson “was playing video games with her 8-year-old nephew, when they heard a noise in the backyard,” the family attorney , Lee Merritt, posted on Twitter.

Her family said she was kind, ambitious and college-educated with a degree in biology, and she had wanted to pursue further education.

Jefferson was “simply going on along with her life, living a law-abiding citizen’s peaceful life, and she was killed by a reckless act of a Fort Worth police officer,” said an older sister, Ashley Carr. “There is simply no justification for his actions.”

Body cam footage shows officers shouting at Jefferson from her backyard and ordering her to put her hands up, then shooting through her window in seconds.

Fort Worth police officers have been involved in at least four other fatal shootings this year, including one where the man was unarmed, holding a flashlight.

“I want to go ahead and dispel the myth that this is somehow a one-off, this this is just a bad luck incident from an otherwise sound department,” Merritt said. “Fort Worth is one of the deadliest police departments in the United States. They are in need of serious systematic reform.”

The U.S. Department of Justice should “come in and take an conscious look at the polices and procedures that allow something like this to happen,” Merritt added.

Jefferson’s family on Monday demanded an outside investigation.

Merritt, a civil rights attorney, also represented the family of Botham Jean, during the trial against Amber Guyger, an off-duty police officer sentenced to 10 years in prison earlier this month for fatally shooting Jean, 26, in his apartment on Sept. 6, 2018. Guyger had argued that she mistook Jean’s apartment for her own and thought he was an intruder.

In both cases, the police officer was white and the victim black.

Merritt also represents the family of Joshua Brown, a key witness in the Guyger trial, who was killed in a drug deal, according to police. Merritt has called for an independent investigation in the Brown case. 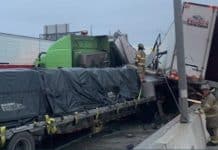 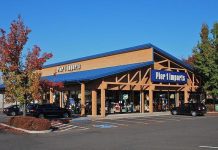 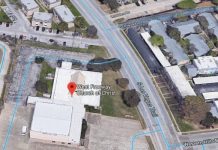 Two dead, one wounded in church shooting near Fort Worth