Wire fraud, tax fraud, money laundering and other offenses are linked to Mossack Fonseca & Co., which is based in Panama, the DOJ said in a news release after the 11-count indictment was unsealed Tuesday in New York.

The Panama Papers, which were first leaked to the Suddeutsche Zeitung, a major German newspaper, detailed financial details about secret offshore accounts in 2016.

Charged were a U.S. citizen, Richard Gaffey; Ramses Owens, of Panama; and Dirk Brauer and Harald Joachim Von Der Goltz, both German citizens. All four were arrested, except for Owens, an attorney who worked for Mossack Fonseca and remains at large.

“For decades, the defendants, employees and a client of global law firm Mossack Fonseca allegedly shuffled millions of dollars through offshore accounts and created shell companies to hide fortunes,” U.S. Attorney Geoffrey S. Berman for the Southern District of New York said in the release. “In fact, as alleged, they had a playbook to repatriate un-taxed money into the U.S. banking system. Now, their international tax scheme is over, and these defendants face years in prison for their crimes.”

Brauer worked as an investment manager for Mossfon Asset Management, an asset management company closely affiliated with Mossack Fonseca. Von Der Goltz is a former U.S. resident and taxpayer, and Gaffey is a U.S.-based accountant.

The defendants “went to extraordinary lengths to circumvent U.S. tax laws in order to maintain their wealth and the wealth of their clients,” Berman said.

From around 2000 through to about 2017, Owens and Brauer conspired with others to help U.S. taxpayer clients of Mossack Fonseca conceal assets and investments from the IRS through “fraudulent, deceitful and dishonest means,” accordingto the DOJ.

Owens and Brauer allegedly established and managed opaque offshore trusts and undeclared bank accounts on behalf of U.S. taxpayers who were clients of Mossack Fonseca.

They are accused of creating sham foundations and shell companies formed under the laws of countries such as Panama, Hong Kong and the British Virgin Islands to conceal the accounts, according to the indictment.

Names of Mossack Fonseca’s clients generally did not appear on the incorporation paperwork for the sham foundations or related shell companies. But they had complete access to the assets of those sham entities and accounts, prosecutors allege. 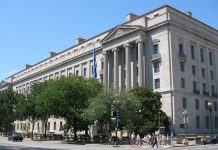