Feb. 3 (UPI) — French officials shut down a Paris museum on Friday after a soldier shot a man who allegedly pulled out a machete when he was denied entry with two backpacks.

The Louvre museum and all surrounding public transportation were shut down after a man allegedly attempted to stab a soldier when he was not let inside an underground shop because he was carrying two backpacks, officials in Paris said.

A soldier opened fire on the attacker, firing five times and injuring him in the stomach. French officials said the man was alive.

Police said the suspect shouted “Allahu Akbar” as he attacked the soldier, an Arabic phrase meaning “God is greatest.”

The attack happened in the Carousel du Louvre underground shopping center near the museum, which was closed to the public within minutes of the attack being reported.

French Prime Minister Bernard Cazeneuve described the attack as “terrorist in nature.” Officials said no explosives were found in the man’s bags and that an investigation is ongoing.

There were 250 people inside the museum when the attack happened. The Interior Ministry said the people were being interviewed and were expected to be released in small groups. 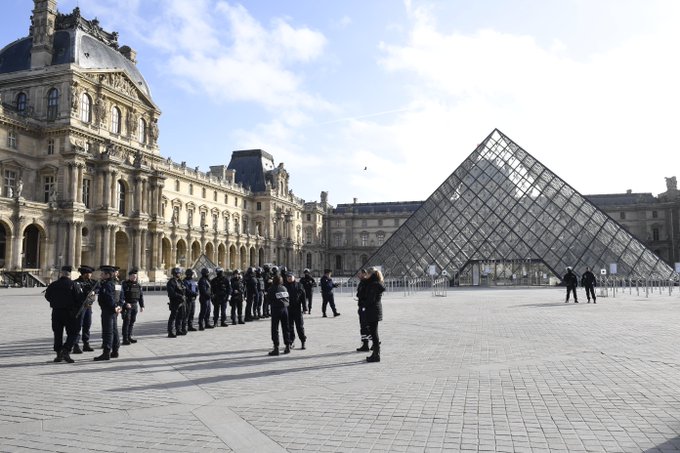 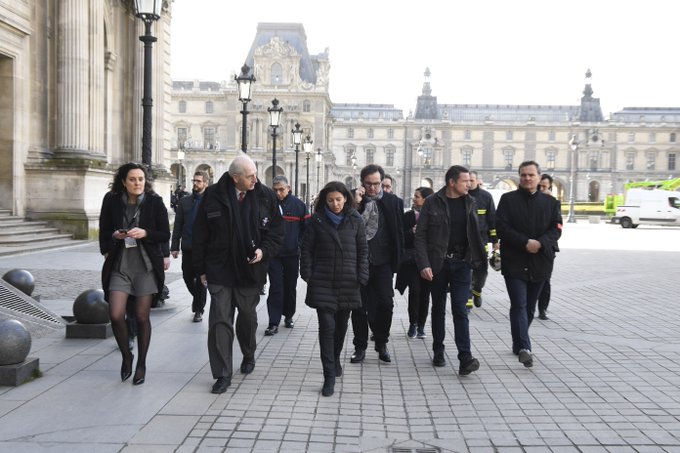 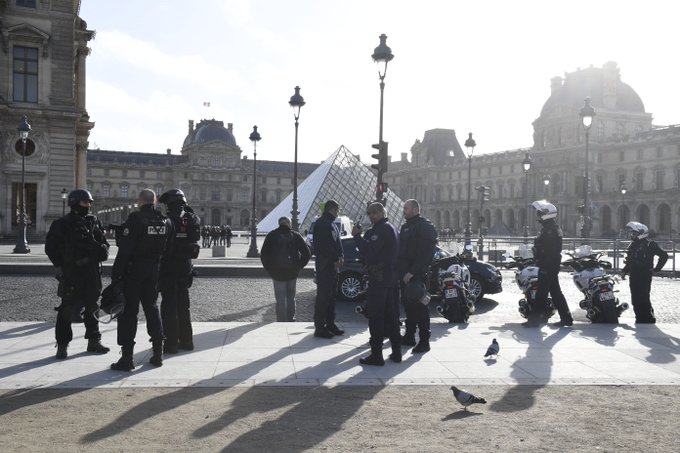