Court documents stated that Ethan Kollie, 24, bought the body armor, 100-round magazine and upper receiver that was attached to the AM-15 firearm that Betts used during the Aug. 4 shooting and kept them in his apartment to “assist Betts in hiding them from Betts’ parents.”

The pair also assembled the rifle in Kollie’s apartment ten weeks ago and Betts returned to pick up the firearm and the other equipment six to eight weeks ago, according to the court documents.

Todd Wickerham, the FBI’s special agent in charge of its Cincinnati office, said he wasn’t aware what Kollie believed Betts was going to do with the weapon and accessories, but that the agency had not found any indication he knew Betts was going to carry out the attack.

U.S. Attorney for the Southern District of Ohio Benjamin Glassman said Kollie was charged with lying on a federal firearms form in order to purchase a handgun for himself and owning firearms illegally.

Glassman added that the weapon involved in the charges played no role in the Aug. 4 shooting and that Kollie didn’t appear to play any part in planning that attack.

“To be clear there is no evidence and allegation in this criminal complaint that Kollie intentionally participated in the planning of Betts’ Aug. 4 shooting,” he said. “I don’t want that to be misconstrued.”

Kollie said he and Betts did “hard drugs” as well as marijuana and acid multiple times a week from 2014 to 2015 and that he smoked marijuana daily himself for 10 years. Kollie checked “no” on a federal form asking about whether he was an addicted to or an unlawful user of any drugs.

He faces 15 years in prison if convicted on all charges. 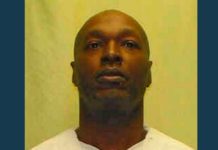 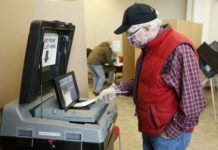