SIMI VALLEY, Calif., March 8 (UPI) — A private funeral service is scheduled for Friday morning for former first lady Nancy Reagan, who died Sunday at the age of 94 due to congestive heart failure.

Nancy Reagan will lie in repose at the Ronald Reagan Presidential Library in Simi, Calif., on Wednesday and Thursday. The public will be allowed to attending the viewing between 1 p.m. and 7 p.m. local time Wednesday and between 10 a.m. and 2 p.m. Thursday.

She will be buried next to former President Ronald Reagan, her husband of 52 years who died in 2004 after battling Alzheimer’s disease.

The library announced increased security measures for the services. No parking will be allowed on-site, so the library will provide shuttle services in nearby locations.

“As first lady of the United States, Nancy Reagan served the people of this great nation with grace and humility. She has been an inspiration to all of us who worked for her at the Ronald Reagan Presidential Foundation and she will be deeply missed. The Reagan family, our foundation and this country have lost a treasured soul,” the Ronald Reagan Presidential Foundation said in a statement announcing the funeral arrangements. 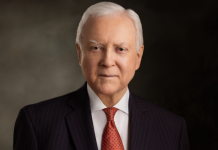