Feb. 27 (UPI) — Hawaii residents reported a greater sense of well-being than did people in any other state in 2018, topping a Gallup survey on U.S. well-being for the seventh time since 2008.

Gallup said Wednesday it aggregated more than 115,000 survey responses across five categories — career, social, financial, community and physical well-being — to tabulate its results on a Well-Being index that runs from 0 to 100. Hawaii’s score of 64.6 lead all states, besting second-place Wyoming, which had a score of 64.2. In third place, Alaska had an index score of 63.9.

Hawaii was led by its residents’ positive responses about their career, social and financial well-being, Gallup said. It finished in first among all states in those three categories.

The latest with the lowest overall score on the index was West Virginia, with a rating of 57.0, Gallup said. Results showed Arkansas finished in 49th with a score of 58.7 and Kentucky had a score of 58.8 to finish in 48th.

There was a noticeable trend across U.S. geographic regions, Gallup said. Residents in the Northern Plains and Mountain West regions generally exhibited a greater sense of well-being, whereas Southern states and Illinois and Indiana had some of the lowest index scores.

Gallup’s Dan Witters wrote in a report that well-being has a number of health and economic implications.

“Improving and sustaining high wellbeing is vital to any population’s overall health and to its economy,” Witters wrote. “Prior research has shown that high wellbeing closely relates to key health outcomes such as lower rates of healthcare utilization, workplace absenteeism and workplace performance, reduction in obesity status, and the new occurrence of chronic diseases.”

The survey, which Gallup has conducted annually since 2008, was based on just under 116,000 random-sample surveys of U.S. adults in all U.S. states and the District of Columbia from January to December 2018. Gallup said the margin of sampling error for most states on its Well-Being Index is about 0.8 index points. 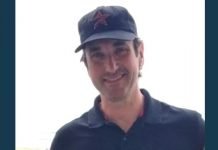