May 21 (UPI) — General Atomics has received a $195.2 million contract modification for the advanced arresting gear of the CVN-80 Enterprise aircraft carrier currently under construction.

The contract includes manufacturing, assembly, and testing. Technical data and drawing changes are also part of the program.

The majority of the work will be completed in San Diego, Calif., but portions will be conducted in Tupelo, Miss., Boston, Mass., and other locations across the country. Work is expected to be completed by September 2027.

Fiscal 2017 shipbuilding funds of $4 million have been allocated to the program and will not expire at the end of the fiscal year.

The CVN-80 Enterprise will be the third in the Gerald R. Ford-class line of aircraft carriers. It is more than 1,100 feet long and displaces at more than 100,000 tons. It is powered by two nuclear reactors that provide virtually unlimited range.

It can carry 75 aircraft and has a variety of point defense missiles and guns to defend against incoming enemy missiles.

It will feature an Electromagnetic Aircraft Launch System, or EMALS, as opposed to the steam-powered aircraft catapults that have been in use for decades.

The Enterprise is expected to be completed and operational by 2027. The Ford-class is the largest carriers ever built and cost over $13 billion per ship. The first in the class, the Gerald R. Ford, is entering service this year. 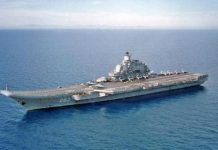 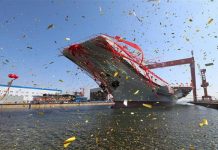 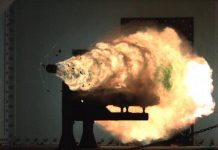