April 8 (UPI) — Police in Germany said they foiled a plot to carry out a knife attack on the Berlin Half Marathon Sunday.

Berlin police said six people were detained following searches of the capital city prior to the marathon in connection to a suspected plot to carry out an attack on the event.

“In the run-up to the Berlin Half Marathon, there were isolated indications that the six detainees between the ages of 18 and 21 may have been involved in the preparation of a crime in connection with this event,” police said.

German news outlet Die Welt reported that the primary suspect among the six was in possession of two specially sharpened knives, which he planned to use to kill race participants.

The main suspect also allegedly knew Anis Amri, the 24-year-old Tunisian man who was shot dead by police after he was suspected of driving a truck into a Berlin Christmas market and killing 12 people in 2016.

The suspect had been under observation for two weeks and a tip from a foreign intelligence service that he was planning an attack on the half marathon prompted police to raid apartments and two vehicles in the Charlottenburg and Neukoelln districts of the city, according to local media.

About 32,000 people participated in the race. 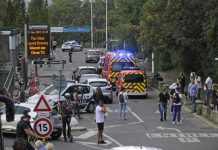 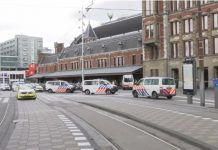 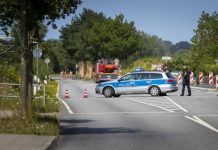