WASHINGTON, Dec. 26 (UPI) — Former House Speaker Newt Gingrich suggested in an interview Sunday that the flurry of actions outgoing President Barack Obama has taken in the last few weeks are “desperate” moves to cement some kind of legacy before leaving office.

Gingrich told Fox News Sunday that Obama’s legacy is akin to a deflating balloon, which is why he has issued a ream of executive orders affecting everything from environmental protection to civil liberties and foreign policy — all of which he said will be undone by President-elect Donald Trump in January.

Gingrich, the vice chairman of Trump’s transition team, called Obama’s actions a distraction for Trump, but said most of the orders would be “repudiated” by Trump along with others Obama has signed during his two terms in the White House.

“His legacy is like one of those dolls that, as the air comes out of it, shrinks and shrink and shrinks,” Gingrich said. “The things he’s done this week will be turned around… He’s in this desperate frenzy.”

In the last few weeks, Obama has eliminated rules that allowed former President George W. Bush‘s administration to keep a list of Muslims similar to the one Trump talked about during his campaign, banned offshore drilling in parts of the Arctic and Atlantic oceans, taken moves to protect funding for Planned Parenthood and moved prisoners out of the Guantanamo Bay prison facility to shrink its population as much as possible before he leaves office, among other actions.

Gingrich told Chris Wallace in the interview that Obama’s legacy can be rolled back so easily because he has done so much using executive actions and would be more solid had he done more through legislation, and pursued that legislation in a more bipartisan way.

Ironically, Obama has given Trump similar advice — to pursue legislation rather than rely too much on executive orders — after having used them increasingly since losing Congress in 2010 and hitting a Republican wall intent on preventing him from accomplishing legislative goals.

“My suggestion to the president-elect is, you know, going through the legislative process is always better, in part because it’s harder to undo,” Obama told NPR. 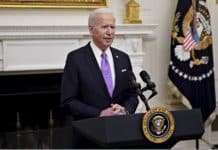 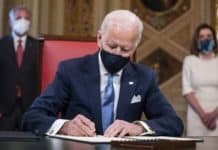