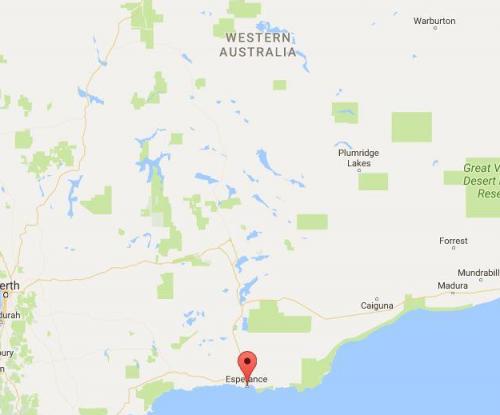 April 17 (UPI) — A teenager died Monday after an attack by a shark while she was surfing along the southern coast of Western Australia.

The girl, 17, was surfing with her father at a popular surf break known as Kelp Beds, 1.8 miles east of Wylie Bay when she was attacked around 4 p.m., police said.

Paramedics treated her on the beach but she died at a hospital in nearby Esperance with massive injuries to one of her legs, police said.

Police said the victim, whose name was not released, was from Mandurah, which is near Perth, and she was on vacation with her family.

Sightings of a great white sharks were reported in the area in the past week, according to Sharksmart, a Western Australia website that tracks shark activity.

In 2014, surfer Sean Pollard lost his right hand and his left arm above the elbow in a shark attack at the same break.

Wylie Bay Beach closed until further notice. Water Police urge people to stay out of the area for at least the next 48 hours. #Esperance