Sept. 21 (UPI) — It’s not often sports journalists have an impact on the criminal justice system, but one Buffalo, N.Y., man has Golf Digest to thank for his release from prison this week — 27 years after being wrongfully convicted of murder.

Valentino Dixon, 46, left the Erie County Jail on Wednesday a free man after another man, Lamarr Scott, confessed to being the one who shot a 17-year-old in 1991. Dixon was convicted of the murder of that man, Torriano Jackson, during a gunfight, but for nearly three decades maintained he never shot a gun.

And even though Scott — serving time for another shooting since 1993 — had previously confessed multiple times to killing Jackson, the Erie County District Attorney’s office never took the case seriously. That is, until Golf Digest ran a profile on Dixon in 2012.

Then an inmate at Attica Correctional Facility, Dixon drew the attention of the magazine for the intricate colored-pencil drawings he made of golf courses. Though he had never set foot on a golf course in his life, he said he was drawn to green grass, trees and water after a warden asked him to draw Augusta National’s 12th hole as a favor.

“The guys can’t understand,” Dixon said of the drawings. “They always say I don’t need to be drawing this golf stuff. I know it makes no sense, but for some reason my spirit is attuned to this game.”

The irregularities in Dixon’s case — Scott’s confession, lack of witnesses being called to trial and no physical evidence — caught the eye of Golf Digest reporters. And the magazine article caught the eye of students at Georgetown University taking a prison reform class.

The students researched Dixon’s case, spoke to more than a dozen witnesses who said he didn’t fire the gun that killed Torriano and created a documentary highlighting the problems with his case.

Between the information gathered by the Georgetown students and the DA’s office, Dixon’s lawyer, Donald Thompson, was able to make his case for Dixon’s innocence.

“It never gets old,” he told The Buffalo News. “This is what we go to law school for.”

Though his murder conviction was overturned, a weapons charge — he owned the gun Scott used to shoot Torriano — remains.

“Mr. Dixon is not an innocent man. Don’t be misguided in that at all,” Flynn said Wednesday in court. “Mr. Dixon is innocent of the shooting and of the murder for what he was found guilty of, but Mr. Dixon brought the gun to the fight.”

“He’s not innocent and he wasn’t tried and convicted in a kangaroo court,” Aaron Jackson said. “I don’t think he should ever be free.”

The first thing Dixon did after leaving jail Wednesday was go to The Red Lobster with his mother, three daughters and three of his grandchildren. He ate lobster for the first time.

He said he planned to cook breakfast for his grandmother Thursday and then obtain a passport so he can visit his wife in Australia.

After that, Dixon said he wants to work toward reforming New York’s criminal justice system. 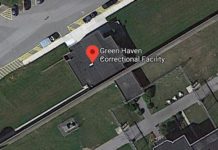 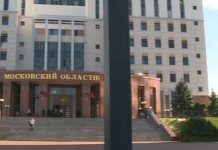