Waymo is moving from Google’s X unit, its so-called “moonshot division,” to its Alphabet unit and will be an independent company, officials said.

California-based Google has been developing an autonomous vehicle for many months, and said engineers have made substantial progress toward the final goal — introducing them to the public.

“We’re close to bringing this to a lot of people,” Waymo CEO John Krafcik said.

Google continues to test the vehicles in Washington, California, Arizona and Texas, but has not yet said when they might be accessible to the public.

Krafcik also revealed that the company gave a legally blind man, the friend of a Google engineer, the first ride in its autonomous vehicle in Texas a year ago. He said the car had no steering wheel and no pedals, and navigated successfully through normal traffic in Austin.

“We can imagine this in ridesharing, in transportation, trucking, logistics even personal use vehicles and licensing with automakers, public transport and solving the last mile” Krafcik added. “Self driving technology is awesome in all these categories. 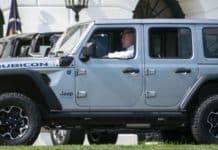