WASHINGTON, Jan. 26 (UPI) — The two remaining governors in the Republican presidential race picked up endorsements Tuesday from major newspapers in New England — a week ahead of the key New Hampshire primary.

New Jersey Gov. Chris Christie picked up the support of The Boston Herald, which called him “a tested leader for troubled times.”

The endorsement comes on a bad day for the governor, though, due to his state getting slammed by a winter storm over the weekend. When asked at a town hall event Monday why he continued to campaign while New Jersey was suffering from widespread flooding, he responded sarcastically, “You want me to go down there with a mop?”

Christie walked back the comments after reproach from several New Jersey mayors and citizens.

“I take heat for what I saw all the time,” Christie said during a news conference on Tuesday. “I got carried away.”

Despite the flap, the endorsement is another feather in Christie’s cap, along with his previous endorsement from the region’s largest newspaper, the New Hampshire Union Leader.

Kasich, meanwhile, won endorsements from The Concord Monitor and The Boston Globe this week — both of which praised Kasich for being moderate and level-headed.

“The quality of the national dialogue has taken a big hit recently, but a spirited general election contest between Clinton and Kasich would elevate the debate to a level we haven’t seen in a long time,” the Monitor wrote.

The New York Times reported Tuesday that both governors have focused much of their campaign efforts in New Hampshire in recent weeks.

Recent polling shows Kasich with an edge in New Hampshire, where he ranks third with an average of 11 percent. Kasich has no such lead anywhere else, however, polling at 2 percent nationally and less in Iowa.

In New Hampshire, Christie trails Kasich in fifth place with a 7 percent average.

The New Hampshire Primary is set for Feb. 9. 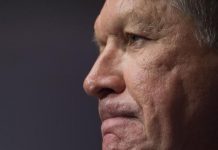 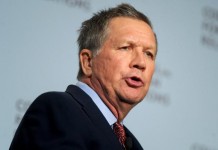 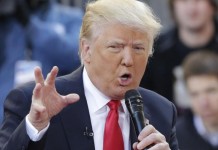