Jan. 16 (UPI) — The clock is ticking for congressional leaders to keep the government open as current funding runs out at the end of the week.

The House this week will consider another short-term funding patch, or continuing resolution, for the fourth time since September as Republican leadership tries to unify on whether to include money for disaster aid or the Children’s Health Insurance Program.

Also stalling a long-term spending bill are efforts by congressional leaders to reach a bipartisan agreement on a permanent solution for the Deferred Action for Childhood Arrivals program, which President Donald Trump said he would end in March.

A federal judge, however, ruled last week Trump’s plan to end DACA was unlawful and blocked the plan.

The stakes are high on both sides of party lines, as Democrats ponder whether to vote for the resolution without an immigration deal in place. Democrats are also insisting on equal increases for defense and non-defense programs.

On Tuesday, Trump tweeted that the Democrats “want to shut down the government” over amnesty for everyone and border security.

“The biggest loser will be our rapidly rebuilding Military, at a time we need it more than ever. We need a merit based system of immigration, and we need it now! No more dangerous Lottery,” the tweet said.

Last week, Trump rejected a bipartisan immigration deal and made volatile comments about immigrants traveling to the United States from “shithole countries” — throwing a wrench into ongoing negotiations on Capitol Hill.

If Democrats withhold their votes on a new spending deal, House Speaker Paul Ryan will have to persuade caucus members to vote for another short-term patch.

Senate Majority Leader Mitch McConnell, R-Ky., faces the obstacle of not having a filibuster-proof majority, leaving leadership wondering whether Democrats will pick Friday’s deadline to withhold all their votes on the short-term spending bill.

To overcome a filibuster, nine Democrats are needed to side with Republicans in the Senate. 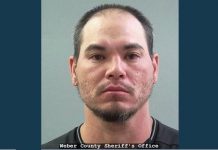 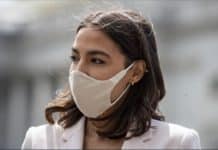