MELBOURNE, Sept. 11 (UPI) — An Australian university suffocated greyhounds, removed and reinserted their hearts, and euthanized them as part of an experiment on organ transplants.

The research, which has outraged animal rights activists, was conducted by Australia’s Monash University and the Alfred Hospital in Melbourne. The goal was to find out how hearts of a dead donor can best be preserved before being transplanted.

According to the researchers, all 12 dogs used in the experiment were anesthetized during the entire experiment.

Activists have criticized the research, asking whether it proved anything meaningful.

After researchers removed the hearts of the suffocated greyhounds, they preserved the hearts for four hours before returning the heart back to the dog. They then revived the dogs, monitored them for a short period and killed the dog a second time.

The research was published earlier this year in The Journal of Heart and Lung Transplantation and is the latest controversy involving greyhounds and medical research in the Australian state of Victoria.

Last year, the University of Melbourne’s Dental School was found to have experimented on live greyhounds for dental surgeries before killing them. The state’s greyhound racing industry is the supplier of thousands of dogs for experiments after they are deemed unwanted for racing.

Despite multiple reports of animal abuse and the state’s entire greyhound racing board resigning after a TV expose, the racing industry remains in business in Victoria.

The university has not responded to requests for comment. 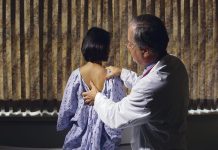