March 30 (UPI) — Authorities in California said Lonnie D. Franklin Jr., the convicted serial killer known as the “Grim Sleeper,” was found dead over the weekend in his prison cell.

In a statement, the California Department of Corrections and Rehabilitation said Sunday that Franklin, 67, died Saturday at San Quentin State Prison. Authorities said he was found unresponsive in his cell Saturday evening and was pronounced dead about 25 minutes later after medical assistance was performed and an ambulance was called to the scene.

“His cause of death is pending the results of an autopsy; however, there were no signs of trauma,” the authorities said.

Franklin was sentenced to die in August 2016 in Los Angeles County for 10 counts of first-degree murder and one count of attempted murder.

The former mechanic was arrested in 2010 after officers investigating the murders matched DNA evidence with his son, Christopher, who had been convicted for a felony weapons charge.

After Christopher was eliminated as a suspect, police turned their attention to his father and placed him under surveillance. An agent then went undercover as a busboy at a pizza parlor Franklin enjoyed and collected utensils he had used and leftover crusts he had eaten to gather DNA, which linked him to some of the bodies.

Franklin, who was named the Grim Sleeper due to the 14-year hiatus between his killing sprees, was sentenced to die by lethal injection, but in March of last year, California Gov. Gavin Newsom signed an executive order placing an indefinite moratorium on capital punishment.

Since California reinstated capital punishment in 1978, 82 condemned inmates have died from natural causes, 27 have committed suicide, 15 have been executed, 14 have died from other causes and eight, including Franklin, are pending a cause of death, the department of corrections said. 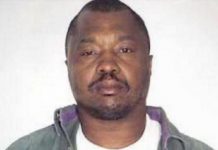 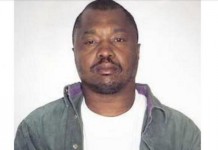 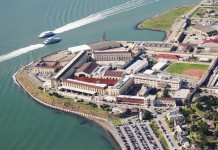