Dec. 5 (UPI) — Italian fashion house Gucci confirmed two of its offices were raided as part of an investigation of possible tax evasion.

“Gucci confirms that it is providing its full cooperation to the respective authorities and is confident about the correctness and transparency of its operations,” the company said.

“The company has a complex group structure, in which the trademark and royalties and a lot of other costs are paid abroad,” economics and finance professor, Angelo Cremonese, told The Guardian. “It has a Switzerland entity which the tax authorities suspect is an Italian company for tax purposes.”

Gucci experienced 49 percent sales growth in the third quarter of this year and was ranked 47th on Forbes’s Most Valuable Brands list this year, with a value of $12.7 billion as of May.

The $1.5 billion Gucci allegedly saved through the practice would be one of the largest tax bills for any Italian fashion brand.

Authorities launched series of investigations into other Italian fashion brands including Prada, Giorgio Armani and Dolce & Gabbana for tax avoidance beginning in 2014.

Miuccia Prada and Patrizio Bertelli of Prada paid a nearly $500 million settlement while Giorgio Armani was forced to pay $320 million.

Dolce & Gabbana founders Domenico Dolce and Stefano Gabbana faced jail for allegedly avoiding paying about $1.2 billon in taxes before Italy’s highest court, the Court of Cassation in Rome, cleared them of all charges. 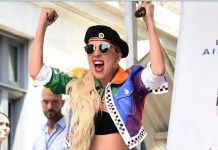