The auction house put the entire collection on exhibit Friday through Wednesday ahead of the Thursday auction. Included in the collection are a variety of Fenders, including Broadcasters, Esquires, Telecasters and Stratocasters.

“The auction on 20 June marks a rare opportunity for guitar aficionados, musicians and collectors to explore one of the world’s most comprehensive groupings of guitars that hooked generations,” Christie’s said.

In an interview released by Christie’s to coincide with the auction, Gilmour said he’s always preferred older guitars because “it feels like they have been played a lot over years.”

The proceeds from the auction will benefit charity.

“All these guitars have their individuality, their own tone and some element of magic about them,” Gilmour said. “I hope that I can do some good by selling them and using the money to help make this world a slightly better place.” 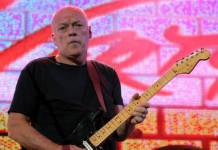 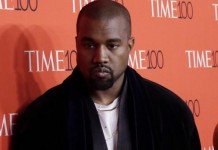