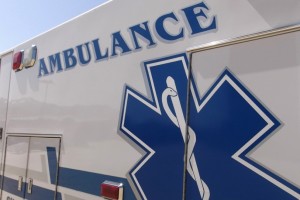 – An Arizona man has been killed, and two others – including a pregnant woman – wounded, after a shooting spree outside an LDS stake center in Eagar, Arizona.

According to the Apache County Sheriff’s Office, the gunman, identified as 40-year old Eagar resident, Eric Robinson, opened fire on the Mormon church facility Saturday, targeting the building’s doors and windows before driving off in his truck.

Investigators say they have yet to determine a motive for Saturday’s attack.