Sept. 21 (UPI) — Trystan Andrew Terrell pleaded guilty to two counts of murder in the April shooting at the University of North Carolina at Charlotte.

Prosecutors accepted his plea during a previously scheduled hearing on whether he could face the death penalty for the killings of Reed Parlier, 19, of Midland, and Riley Howell, 21, of Waynesville.

“In our ideal world, he would just be taken out back and shot on the spot, in the head, just like he did to Reed,” Parlier’s mother, Julie Parlier, told The Charlotte Observer after the hearing. “But we know that’s not how, unfortunately, this system works. We told the (district attorney) that that’s what we wanted, and they chose to take the plea.”

Police said Terrell opened fire inside a classroom on campus April 30, the last day of classes. UNC Charlotte police disarmed and arrested the gunman after entering the building.

“Having no place to run and hide, he fought,” Putney said. 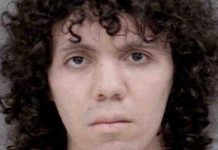