The party took place Friday night at the party hall La Potra in the Obrera neighborhood in Minatitlan when the gunmen burst in, Jornada.com reported. Those killed included a 2-year-old boy and five women.

Red Cross and National Rescue Commission workers arrived on the scene but could not save the lives of many of the people who were injured in the shooting.

“Federal and state forces have deployed a strong search and capture operation of those responsible for the events,” Gutierrez Maldonado, secretary of public security in Veracruz state, said in a Twitter post Saturday, according to CNN.

Initial police reports said that the suspects were looking for a person called “El Beky,” who is believed to be the owner of a bar in another location in Minatitlan.

Authorities said the Mexican federal police have joined in the investigation along with Veracruz state police to find leads in the case. Veracruz Gov. Cuitlahuac Garcia said on Twitter that state officials held a meeting “to address the regrettable and condemnable events” at the private party. 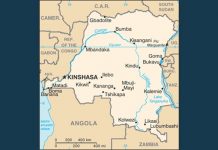