Alexander Hamilton is to stay on the front of the $10 bill, Treasury Secretary Jacob Lew is expected to announce Wednesday, sources told Politico.

But there will be changes to the back of the bill, which will now feature leaders of the movement to give women the right to vote.

The group was trying to get a prominent woman on the bill by 2020, to coincide with the 100th anniversary of the 19th Amendment which gave women the right to vote.

Critics of Jackson said that he didn’t belong on U.S. currency because of his vigorous advocacy of the Indian Removal Act. This purged tribes from the South and into Oklahoma in what became the devastating Trail of Tears that killed large segments of tribes being forced to relocate. Jackson also loathed paper money and the central banking system.

There will also be changes to the $5 bill, which will now depict other leaders from the civil rights era.

Lew’s decision comes after he announced last summer that he was considering replacing Hamilton with a woman. It provoked fierce opposition from from fans of Hamilton, who helped to create the Treasury Department and the modern American financial system.

The news comes just weeks after Lew met with Lin-Manuel Miranda, star of the Broadway show Hamilton about keeping the ex-president and founding father on the $10 bill.

Lew told reporters last year that it was “personally very important” for him that Hamilton still be included on the bill.

“America’s currency is a way for our nation to make a statement about who we are and what we stand for,” Lew said. “Our paper bills — and the images of great American leaders and symbols they depict — have long been a way for us to honor our past and express our values.

“We have only made changes to the faces on our currency a few times since bills were first put into circulation, and I’m proud that the new 10 will be the first bill in more than a century to feature the portrait of a woman.” 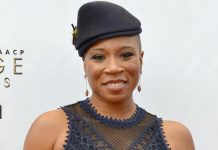 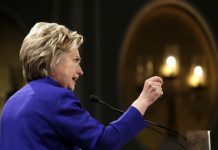 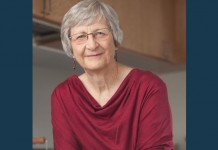 ‘Well-Behaved’ Author, Pulitzer Prize-winning Women’s Historian To Speak At U Of U