July 31 (UPI) — Healthcare dominated the conversation during the first night of the second round of 2020 Democratic presidential debates.

The field of 10 candidates was split on the idea of implementing a strategy such as Vermont Sen. Bernie Sanders’ Medicare for All plan that would enroll every American in a government-run national health insurance system funded by taxpayers and other options that would allow Americans to retain their private insurance plans.

Former Maryland Rep. John Delaney opened the debate by describing Medicare for All as bad policy, stating it would lower quality in healthcare and cause hospitals to close.

“We can create a universal healthcare system to give everyone basic healthcare for free,” he said. “We don’t have to go around and be the party of subtraction and tell half the country that has private health insurance that their health insurance is illegal.”

Montana Gov. Steve Bullock also opposed Medicare for All, saying he would not support any plan that “strips away good healthcare from individuals.”

Minnesota Sen. Amy Klobuchar called for a public option, between government-provided insurance and private insurance, stating it would lower healthcare costs for all people.

Sanders dismissed the idea that Medicare for All is a “radical” concept pointing to other countries that have implemented similar policies.

“If you want stability in the healthcare system, if you want a system which gives you freedom of choice with regard to a doctor or hospital, which is a system which will not bankrupt you, the answer is to get rid of the profiteering of the drug companies and the insurance companies and move to Medicare for All,” Sanders said.

Massachusetts Sen. Elizabeth Warren declared that the Medicare for All program does not seek to take healthcare away from anyone and said that under her vision for the program it would increase costs for billionaires and corporations and lower costs for middle-class families.

Pete Buttigieg, mayor of South Bend, Ind., dubbed his vision for health care “Medicare for All who want it,” stating that given the choice, Americans would reject corporate insurance and select the government option.

The topic was brought up again while the candidates discussed immigration, as some candidates spoke out against Sanders’ plan to provide free healthcare to undocumented immigrants.

Ohio Rep. Tim Ryan said such a plan would be unfair to American citizens who struggle to pay healthcare costs.

“Undocumented people can buy healthcare too,” he said.

“We’ve got 100,000 people showing up at the border right now, if we decriminalize entry, if we get healthcare to everyone, we’ll have multiples of that,” he said.

Candidates were asked to respond to a question from a Michigan voter who asked how they would prevent future crises like the lack of clean water in the city of Flint.

Klobuchar pointed to the trillion-dollar infrastructure plan that she released in March.

“I would put a trillion dollars into this and I would pay for it by, first of all, changing the capital gains rate, by doing something when it comes to that regressive tax bill that left everyone behind … and I would take that money and put it into rural broadband and green infrastructure,” she said.

Author Marianne Williamson described the issues in Flint as the “dark underbelly of the American society,” particularly the mistreatment of people of color.

“We need to say it like it is — it’s bigger than Flint. It’s all over this country. It’s particularly people of color. It’s particularly people who don’t have the money to fight back, and if the Democrats don’t start saying it, why would those people feel they’re there for us and if those people don’t feel it, they won’t vote for us and Donald Trump will win,” she said.

Former Texas Rep. Beto O’Rourke criticized Trump’s policy of implementing tariffs on China as a “huge mistake” that has been harmful to consumers.

“They constitute the largest tax increase on the American consumer, hitting the middle class and the working poor especially hard and farmers in Iowa and across the country are bearing the brunt of the consequences,” he said.

“There is not a single example in history where a trade war has had a winner,” he said.

Ryan conceded that Trump was “on to something” when he suggested that China has abused the economic system to the detriment of the United States and said some of his tariffs are effective.

“I think we need some targeted response against China,” he said.

Delaney stated that tensions with China have been caused by Trump’s rejection of the Trans-Pacific Partnership, a deal negotiated under the Obama administration to eliminate barriers between the United States and 11 other countries to counter Chinese economic influence.

“Most of the folks running for president want to build economic walls for free trade and beat up on President Obama,” he said.

Delaney targeted Warren’s policies, stating they would isolate the United States by closing off trade with international allies.

Warren criticized many of these trade deals as tools used by major corporations to lower regulatory standards, specifically taking aim at the U.S.-Mexico-Canada Agreement, which she likened to the North American Free Trade Agreement.

“Look at the new NAFTA 2.0.,” she said of the deal. “What’s the central future? They’ve become a way for giant multinationals to change the regulatory environments so they can suck more profits out for themselves and to leave the American people behind.” 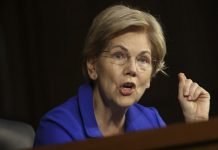 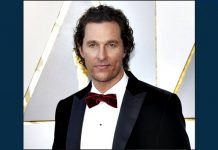